Into the future with zero emissions

Into the future with zero emissions 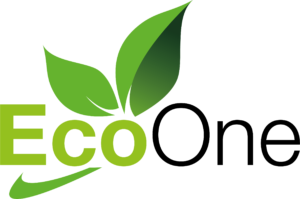 The Hessian manufacturer Christmann + Pfeifer (C+P) specialises in the production of high-quality steel furniture for versatile areas, such as workplaces, archives or workshops. The company processes 1,500 tonnes of steel each month and turns them into individual pieces of furniture or complete furniture ranges for large facilities. They are manufactured in three plants in Breidenbach (Hesse), Gotha (Thuringia) and Legnica (Poland).
Sustainability is a key issue for the company, which has been in business for 95 years. “Steel can be melted down repeatedly without a loss of quality”, explains Jens Pott, production manager for surfaces at C+P. In Germany, nearly half of all steel is made using this secondary raw material. That lowers the energy required for production and therefore also CO2 emissions. To ensure the durability of its steel furniture, corrosion protection is a major issue for C+P. That is less of an issue for the furnishing solutions for office spaces but much more so for swimming pool lockers, furniture transported abroad by sea or furniture used outdoors in desert states like Dubai.

The steel components are pre-treated with an iron phosphate coating. An anodic EC dispersion coating follows at the facilities in Thuringia and Hesse. While this is usually a primer, at C+P it is a finish coating. The standard colour shade is RAL 7035, i.e. light grey; all other colours can be applied using powder coatings.
C+P has been relying on a solvent-based anodic EC system from FreiLacke for many years. But the decision makers also wanted to reduce emissions as much as possible and, as a result, meet regulatory standards throughout the foreseeable future. Jens Pott recalls that the company approached FreiLacke, voiced its wishes and then worked together on how to make them happen. The coating specialist from the Black Forest accepted the job, got to work and was able to produce initial results after a few short months: It came up with a VOC-free product called FREIOTHERM-ATL-EcoOne – a 2C system without solvents or neutralising agents that need to be labelled. “That is the advantage of a family business: It offers real services that cannot be found elsewhere”, the production manager says.

FreiLacke has been developing and using innovative electrodeposition coating systems since the 1960s. The latest addition to the EC family is the new anodic two-component system without VOC-relevant solvents and neutralising agents in the paste mixture – a product that is unique on the global market. “What is available to the user here is a system that possesses all the qualities of an anodic single-coat system, e.g. layer thicknesses of up to 40 µm, no yellowing and excellent wrap-around properties”, says Andreas Segin, who works on the development of electrodeposition coatings at FreiLacke.
After the development of “EcoOne” had been largely concluded, the manufacturer conducted various tests in a lab for a year to thoroughly examine the system. The next step was to test the recipe, which had been developed in a lab, in the field. A four cubic metre basin was filled with EcoOne at FreiLacke’s EC technical centre and then tested. “This demonstrated some of the practical challenges: For example, the new system was more sensitive to deposition as well as to heat input from pumps than solvent-based systems. That means it was absolutely necessary to sufficiently cool the material in the basin. That was an important finding because this effect did not occur in the tests in our lab”, recalls Segin.

The basin of the technical centre goes on the road

In April 2019, the basin of the technical centre, as well as the basin contents, made a trip to North Hesse and to the C+P plant in Breidenbach. In light of its size, that posed a true challenge, according to Segin. At first, only individual sample parts were coated in Breidenbach. They were run through the iron phosphating of the existing plant, dipped into the basin of the technical centre using a forklift and then, after the direct current had been applied, brought back to the surface, rinsed with ultrafiltration and deionised water and then baked in the plant’s furnace. “Everything was a success”, says Jens Pott in summarising the results – from salt spray tests and recoating to abrasion resistance and bending tests. Due to the very good results, the head of production met with the company management and they jointly decided to switch to the new system.

And that’s how the big transition began in Breidenbach at the start of October 2019. The old basin, which holds 69,000 litres, was drained (and the contents properly disposed of) and then cleaned. After some minor repairs, it was finally refilled. As a result of the large volume, this took 12 hours. Prior to commissioning, the temperature of the bath had to be increased to 25°C.
“When the series production with ‘EcoOne’ began, we were pleasantly surprised by the result”, says Pott. “We actually anticipated that there would at least be some minor problems, but the failure rate was insignificantly low, and the wrap-around and the layer thickness structure were better than expected!” In the first few weeks, the basin was further “tried out” and the anodic EC paste was refined further. “The basin was much bigger than the test basin, which also permitted different voltages, and the shapes of the components also differ”, says Segin in explaining the process.
“If you are looking for custom solutions, then FreiLacke is the place to go to”, explains Jens Pott. The manufacturer from the Black Forest likes to try different things, keeps developing, is an innovator and is always well positioned. “It’s not an accident that we have been working together for decades”, Pott says.
Due to the very good results from Breidenbach, the basin at the Gotha location, which holds approx. 74,000 litres, was also switched to “EcoOne” in November 2019.